P.O BOX 23123 DOHA, QATAR
M. +974 66895086 www.aljazeera.net
……………………………………………………………………………………………..
This email communication is confidential and may be privileged or otherwise protected. It is intended exclusively for those individuals and entities addressed above and any other persons who have been specifically authorised to receive it. You should not copy or disclose its contents to anyone. If you are not such an intended recipient, please notify us that you have received this email in error. Please then delete the email and any attachments and destroy any copies of it. We regret any inconvenience resulting from erroneous delivery of this message and thank you for your cooperation.
Please note that none of the AlJazeera Media Network or any of its affiliated entities will have any liability for any incorrect or incomplete transmission of the information contained in this email nor for any delay in its receipt. Emails are not secure and cannot be guaranteed to be error free. Anyone who communicates with us by email is taken to accept these risks. Any views or opinions expressed in this email are solely those of the author and do not necessarily represent those of the AlJazeera Media Network or any of its affiliated entities. Any logo trademark or other intellectual property forming part of or attached to this email belongs exclusively to the AlJazeera Media Network. Any unauthorized reproduction copying or other use by you or others is strictly prohibited.

8/14/2017 Abu Dhabi informally boycotts western banks with big Qatari investors
https://www.ft.com/content/607af00a¬7ce7¬11e7¬9108¬edda0bcbc928 1/3
Middle Eastern Politics & Society
Abu Dhabi informally boycotts western banks with big Qatari investors
Bankers say the lenders are unlikely to win significant mandates in UAE capital
A banker from one affected western lender said the boycott was being carried out on an ad hoc basis by individual Abu Dhabi officials © AP
AUGUST 9, 2017 by: Simeon Kerr in Dubai and Martin Arnold in London
Abu Dhabi has launched an informal boycott of western banks with significant Qatari shareholders,
broadening the impact of the Arab quartet’s two¬month embargo against the gas¬rich state.
Officials have told bankers that lenders such as Credit Suisse, Deutsche Bank and Barclays are
unlikely to win significant mandates in the capital of the UAE in the coming months because of
large shareholdings held by Qatar’s sovereign wealth fund and members of the ruling family.
Saudi Arabia, the UAE, Egypt and Bahrain launched an economic embargo on June 5, accusing the
gas¬rich state of supporting terrorism, claims denied by Doha.
Some quartet officials have suggested that sanctions could be extended to companies doing
business with Qatar, although western officials say they have warned their allies against imposing
more expansive restrictions.
“We have been told there is an informal boycott, there is nothing we can do,” said one banker.
“There is no public blacklisting, but behind¬the¬scenes skulduggery.”
8/14/2017 Abu Dhabi informally boycotts western banks with big Qatari investors
https://www.ft.com/content/607af00a¬7ce7¬11e7¬9108¬edda0bcbc928 2/3
There will be no public acknowledgment of the boycott, another banker working closely with the
Abu Dhabi authorities confirmed.
Another banker from one affected lender said the boycott was being carried out on an ad hoc basis
by individual officials, with various entities approaching the issue differently. His bank continues to
be invited for mandates from other Abu Dhabi government¬related companies, he said.
Barclays, Credit Suisse and Deutsche declined to comment. Abu Dhabi officials also declined to
comment.
The informal boycott is an alarming development for financial institutions with Qatari stakes,
potentially limiting business opportunities in Gulf states with large mandates coming up as they
seek to diversify their oil¬dependent economies.
The move deepens the level of pressure imposed on the gas¬rich state. As well as the formal airand
sea¬embargo, banks in Saudi Arabia and the UAE have been withdrawing billions of dollars of
deposits held at Qatari institutions.
The boycott came to light during Abu Dhabi National Oil Company’s awarding of mandates to
handle the initial public offering of the state oil company’s retail arm in July.
Affected banks such as Credit Suisse, who had been invited to pitch for the work, were eliminated
quickly, the bankers said. Others were not invited to pitch, they added. ADNOC has shown a
similar attitude in its approach to picking banks for its upcoming syndicated loan of up to $5bn,
one of the bankers added.
Barclays did not pitch for the ADNOC IPO deal, people familiar with the matter said. The lender
has had a troubled relationship with Qatar in recent months, because of UK fraud charges against
the British bank relating to its fundraising cash calls from the Gulf state during the 2008 financial
crisis.
These people believe that these factors have distanced the bank from Qatar, reducing the potential
for reputational risk in the four states imposing the embargo. Its competitors say Barclays’ profile
has receded over the past few years as it downsized its regional presence.
Qatari entities own about 6 per cent of Barclays. About 5 per cent of Credit Suisse is owned by the
Qatar Investment Authority’s direct investment arm, which has purchase rights for a further 13 per
cent. Qataris hold around 6 per cent of Deutsche Bank.
8/14/2017 Abu Dhabi informally boycotts western banks with big Qatari investors
https://www.ft.com/content/607af00a¬7ce7¬11e7¬9108¬edda0bcbc928 3/3
Copyright The Financial Times Limited 2017. All rights reserved. You may share using our article tools. Please don’t copy articles
from FT.com and redistribute by email or post to the web.
Abu Dhabi also has a significant programme of fundraising, IPOs and mergers that is encouraging
bankers after years of moribund activity since the oil price collapse of 2014.
As well as its retail arm, ADNOC is planning to spin off some of its other services businesses to
boost profitability.
Other state¬related entities, such as industrial conglomerate Senaat, the emirate’s ports company
and Emirates Global Aluminium, a significant aluminium producer, are also considering listings.
Saudi Arabia, another member of the quartet, is a larger market than Abu Dhabi and has an even
more ambitious reform programme, including the part¬privatisation of state oil group Saudi
Aramco in what is planned to be the world’s biggest IPO.
But bankers say there is as yet no evidence that the kingdom intends to impose any boycott on
lenders with Qatari shareholdings. 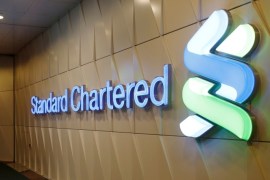 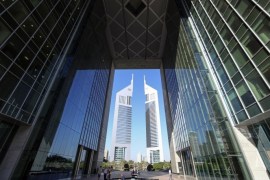 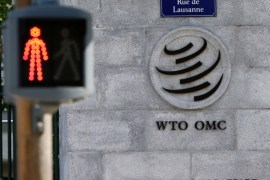 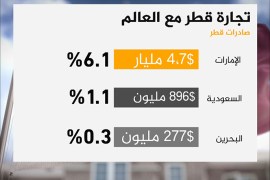